Google has cultivated an omnipresence over the internet - they have had their tech fingers firmly rooted in many pies, from analytics to blog publishing to search engines. In 2011, they launched Google+, a new social media platform that they positioned as a Facebook competitor. Google+ offered a similar user experience to Facebook, mainly the ability to share comments, articles, photos and videos with specific groups of friends and 'circles'

At the end of 2013, Google reported a 58% jump in users over recent months, and 300 million active users. Some bloggers have voiced reservations over the credibility of those numbers, as most of Google's products are integrated with the platform- services such as Blogger and Google apps have bumped the overall numbers to reflect perhaps a more positive outlook than if Plus was a standalone platform. Google+ has also come under fire for 'forced' integrations, specifically with YouTube and Gmail. Many were resentful that they were required to create Gmail accounts in order to comment on YouTube videos or use AdWords, Google's online advertising giant.

There was also concern over Google's scruples in terms of data collection. In 2012, Google's former Engineering Director James Whittaker wrote a blog post about why he decided to leave the company, despite his previous passion for the role. His post highlighted the changes made to Google under the command of CEO Larry Page, and Page's preoccupation with Facebook's ability to gather a massive amount of personal data about its users.

Whittaker felt that Google's products had become a means to an end, and that end was creating the tools needed to collect as much personal information as possible about its users. In turn, this provided the information Google needed to court advertisers. John McElborough, MD for Inbound360, wrote an article stating that social media was never actually the point of Google+, and it was part of Google's master plan to grow core ad business and support future hardware projects.

With this in mind, is it still relevant to call Google+ a 'social media' site? Debatably, yes- whilst Google might be gathering information on its users (the same as the vast majority of social media sites), at a basic level it's still connecting people and encouraging them to share information.

Google+ introduced some interesting new elements, specifically 'Hangouts', which lets people start a video conference with up to 10 people, as well as an overall more visual experience. But essentially, users are reluctant to jump ship from Facebook. People have spent years cultivating their Facebook profiles; their friends, photos and videos are there, and with one status they can reach 300 of their nearest and dearest. Making a new network of contacts from scratch on and managing two social media sites may be too far a leap- why use both, when the original works just as well?

Fundamentally, Google+ does not provide enough innovation to justify the departure from Facebook. To overtake the leading competitor, Google needed to provide originality and a new user experience; arguably, Google+ took too much inspiration from other sites instead of revolutionising a new social media platform. Facebook still reigns king of social media, with 1.28 billion users monthly. Google+ pulls in an impressive 540 million monthly users, but only 22% of online adults visit Google+ a month. Facebook has over treble those stats, with a whopping 72% of all online adults visiting the site every month. It's safe to say that for now, Facebook's throne is firmly secure. 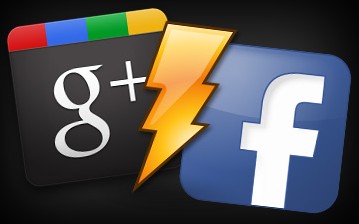 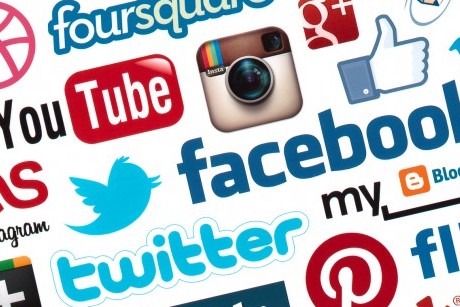